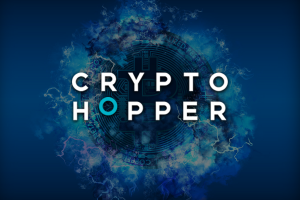 What are Bitcoin and cryptocurrencies? Did you know that most of the notable financial experts think bitcoins as the future of paper money? To understand what exactly is Bitcoin and forex brokers , keep on reading here. And If you are new to these terms like bitcoin or crypto, then there’s probably a lot of questions on your mind right now – let us clear the concept of bitcoin or cryptocurrencies here in this article today.

Bitcoin is a type of digital money or currency. In 2013, this digital money suddenly shot up in value from thirteen dollars to an unbelievable price of over one thousand dollars. The popularity of bitcoin soared after that gigantic price movement. Bitcoin or the first cryptocurrency is, in fact, a kind of electronic money, and since it is the very first cryptocurrency – every other cryptocurrency either copied its core code or got somehow inspired by it. In that sense, we can say it’s the father of all cryptos out there.

Bitcoin started circulating in 2009 and over which the traditional banking protocols or the government have no control of. In regards to conventional currencies, the decision regarding how much amount of paper money to be printed or when to be circulated in the market depends heavily upon many factors, such as inflation and is regulated and governed by a central bank. This regulation and authority over a currency make it less trustable. That’s the reason why some currencies are considered to be more reliable, and valuable, such as the US Dollar or Euro, over the others. The fact that the value of traditional currency can be influenced by other non-market related factors like government interference makes it a less-preferred choice of transaction among the international consumer and business community.

Contrary to the above, there is no government or bank or any centralized authority to monitor and control Bitcoin and other cryptocurrencies’ supply and transactions. It is the people, i.e. the regular consumer or the end user’s confidence in bitcoin or other cryptos that decides its value. Hence, the more people who believe in this cryptocurrency concept and take an active part in the same, the better the demand and the higher the price will go.

There is another key difference between Bitcoin and regular paper money. The supply of bitcoin is fixed, and it was decided from its beginning. There are only twenty-one million bitcoins which can be mined in total, not a single after that no matter what. So, that basically means, once all the bitcoins are mined and owned by people, there can only be transfers from someone to another person. Hypothetically, if nobody wants to transfer their bitcoin, you cannot simply get one as there won’t be another new bitcoin introduced in the circulation once the current pool of coins is mined. On the other hand, paper money can be printed and circulated at will by respective governments and central banks, which essentially devalues the traditional currency down the road.

The use of bitcoins

You can use bitcoins to purchase things from people who accept these electronic currencies. Moreover, since these coins are digital, they can even be transferred over the internet through the proper software, thereby leading to successful online transactions. Bitcoins are quite an attractive proposition if you’re looking forward to the settlement of international transactions, but hate being plagued by exchange rates or bank charges.