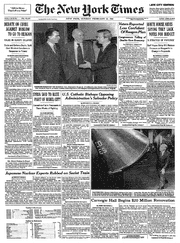 The Gospel of Wealth Summary mainly focuses on the solution of reducing the difference between the rich and the poor in the developed countries. Capitalism focuses on issue reduction and also focuses on improving the relationship between the employer and employees.  The connection can be maintained without any issues by following the capitalist method. In spite of its demerits, capitalism is useful for the benefit of society.  By following the real lifestyle wealth, people can gain a positive social image in the community. They should share their wealth with their fellow beings. These are highly emphasized in The Gospel of Wealth.

Aid gained through high taxes:  The problem of rich people boarding money can be reduced by imposing higher taxes.  The wealthy people are even encouraged to allocate their resources among the poor when they are alive instead of waiting for others to do the job when they die. People who earn crores and do not use for the worthy of society is not worth enough for admiration.

The welfare of society: Wealthy people having surplus money can use for the protection of the community. To ensure that the organization receives the benefits,people have to create the system to allocate the funds for the noble cause. These methods are more effective compared to the traditional methods where the donors provide less amount to society over the years.Without proper monitor and apt directions, the money may be misused.  This will also lead to spending money on unnecessary things.  The wealth can be distributed to the society in the form of construction of libraries and other means which are useful for the people. People can use wealth for higher education. Wealth not spent on time is of no use.

The way of living:  The wealthy people have to lead a life which is humble and straightforward and has to teach their family and kids to be responsible towards society. The surplus wealth can be spent as a way to help society. For the welfare of the poor, the rich people are acting as the agent or trustee. Wealthy people can identify better methods to serve for the benefits of society. The money spent on culture must be sensible. Rich people waste money in millions without proper administration and directions.  Money spent on drunken people will not be of any use.  They will misuse the money on drinking.

The primary goal of charity must be benefiting people who are interested in improving their life. People will not have the source to advance in life.  There are cases where people work hard. However, luck will not favor them.  Such people require temporary financial support. The donors must help people whose needs are genuine. It is better not to spend money on people who are not worth enough for that. People who are interested in serving the society have to check where their money is going. Properly allocating the resources will have several benefits.  The rich will use their power to manage society wealth for the sake of the welfare of fellow beings. Applying the gospel of wealth will help the people who are really in need and are interested in improving their life.